Valparaíso, 18 January 2014 Skill and intelligence bring #302 home, but not the big prize – Giniel de Villiers and Dirk von Zitzewitz finished fourth on their eighth appearance together at the Rally Dakar. After three podiums in a row, and four top-three finishes from five outings in South America, even a virtually flawless performance from “GdV” and “DvZ”, and victory on the final stage, were not enough to end Project Podium with the success they so desired on their sixth attempt in Argentina and Chile. After 5,522 kilometres of special stage, the 2009 “Dakar” winners eventually missed out on their ambitious but realistic goal of another top-three result on the route from Rosario (Argentina) via Salta to Valparaíso (Chile) by a clear 22:15 minutes. They could do nothing to challenge the superiority of the hot favourites in the X-raid Mini team, who proved to have the stronger car over the distance and diversity of the “Dakar”. Victory went to Joan “Nani” Roma, who led a trio of Minis onto the podium, with de Villiers/von Zitzewitz having to settle for the knowledge that they were the “best of the rest” in their Toyota Hilux “made in South Africa”. This was Roma’s first win in a car at the most unforgiving motorsport marathon in the world. The Spaniard’s only previous “Dakar” victory came on two wheels in 2004. Giniel de Villiers and Dirk von Zitzewitz were on hand to congratulate the winners at the finish, but can still be very proud of its record at the Dakar. The South African/German duo have reached the finish every time they have competed at the Rally Dakar together and, with four podiums from a possible six, is the most successful partnership since the Rally Dakar moved to South America.

Eye-catching success thanks to Giniel and a stroke of genius

Giniel de Villiers and Dirk von Zitzewitz once again got the absolute maximum out of the material they had at their disposal at the 2014 Rally Dakar. As Mr. and Mr. Reliable, they churned out one top-five finish after another. Especially worthy of mention was one stroke of genius from Dirk von Zitzewitz on the fifth and particularly tough special stage between Chilecito and Tucumán, when the German was extraordinarily quick to find the right way at a tricky waypoint. The #302 car only narrowly missed out on the stage win, but made amends for that with the fastest time on the final leg from La Serena to Valparaíso. A first for the Hallspeed team and Toyota South Africa. However, it was too late to change the overall result. As well as von Zitzewitz’s stroke of genius, two top-three results bore the hallmarks of Giniel’s own brilliance: on the second stage between San Luis and San Rafael, as well as the eleventh stage through the merciless Atacama Desert from Antofagasta to El Salvador. “GdV” and “DvZ” picked up a further five top-five results and were always in contention for a place on the podium.

Despite their huge fighting spirit, the dream of a successful end to “Project Podium” remained just that – a dream. Technical problems with the hydraulic circuit on the Hilux pickup at the start of the 2014 “Dakar” were a major set-back for Giniel de Villiers and Dirk von Zitzewitz, but the 2009 “Dakar” winners consistently gritted their teeth and bounced back. By the time they reached the rest day at the halfway point of the “Dakar”, “GdV” and “DvZ” were back on course, and went into the final seven stages in third place. Despite a physical disadvantage on the Andes stages, with the high altitude affecting their V8 petrol engine more than their diesel counterparts, de Villiers/von Zitzewitz intelligently hung onto third place until the ninth stage. However, the X-raid Minis took full advantage of their greater torque and residual speed in the Atacama Desert. Despite this, de Villiers/von Zitzewitz continued to fight hard right down to the finish, as they strived for a place in the top three come the finish in Valparaíso.

The 2014 rally will go down as the toughest “Dakar” of all time. This year, the Rally Dakar featured the longest special stages since it shifted location to South America. You have to go back to 2005 to find a lengthier stage than the longest stage on the 2014 edition – the 657-kilometre section between San Juan and Chilecito. A further two special stages of over 600 kilometres in length also formed the perfect terrain for Giniel de Villiers and Dirk von Zitzewitz, who for years have been among the fittest and best prepared competitors at the “Dakar”. Of the 147 cars that started the rally, only 62 overcame the extremely hot, dusty conditions, deep, soft sand, tough gravel routes and scree slopes to reach the finish – including, of course, Mr. and Mr. Reliable.

“Today’s stage went very well for us. I had a good rhythm right from the start. However, it then rained very heavily, the route became slippery and I really had to take care. As it turns out, we did enough to win the stage, which we are obviously delighted about. Despite the problems we had in the second week, this year’s Dakar was generally satisfactory. Dirk played a major role in our great result. Without him, I would not have coped so quickly in a lot of situations. Thank you very much! I would obviously also like to congratulate Mini and, in particular, Nani Roma on the overall victory. It was a great performance from them. It won’t be so easy for them next time around. We will be gunning for them!”

“Today’s special stage was once again a nice way to end what has, on the whole, been a successful Rally Dakar for us. It was like a WRC stage on gravel roads that were not as demanding as the rest of the Dakar. We did not worry too much today, but just got on and drove. We wanted to bring the rally to a good end. Winning the day’s stage – the first for a four wheel-drive fuel-driven car since 2006, by the way – was the icing on the cake. Our good displays in the first week of the Dakar give us a lot of optimism for the future. We can leave South America with a smile on our faces. Congratulations to Nani Roma and Mini on their overall victory!”

If awards were given out for versatility in motorsport, Giniel de Villiers would be a hot favourite to pick up the special prize for lifetime achievement. The likeable, down-to-earth racing driver from Stellenbosch in South Africa won five national touring car titles in South Africa, defeating his subsequent Team Principal in the Volkswagen works team Kris Nissen and other top European stars on the way, before switching to marathon rallying. Giniel de Villiers describes himself as an “outdoorsy person”, who loves being in the fresh air. Whether on a jet ski or a mountain bike, de Villiers is always looking for action. However, in both his sporting and private lives, intelligent discretion is one of the real hallmarks of “Ginny”. As such, his second career away from tarmacked roads and permanent racetracks has also been a distinguished one: together with his co-driver at the time, Tina Thörner (S), he finished second at the 2006 Rally Dakar with Volkswagen – a milestone, as this was at the time the highest place ever achieved by a pair in a diesel-powered vehicle. His big breakthrough came when the Rally Dakar made its debut outside of the Black Continent in 2009: with co-driver Dirk von Zitzewitz at his side, the pair achieved a historic success: the first victory by an African, the first in a diesel car, and the first ever win in South America.

Dirk von Zitzewitz has literally been at home in the navigator’s seat since he took his first breath: the German was born in precisely the spot, in which he has enjoyed his greatest sporting success – in the passenger seat. The co-driver from Ostholstein is regarded as one of the best in his profession. In 2009, he and his driver Giniel de Villiers won the first Dakar ever to be held in South America. New territory? For Dirk von Zitzewitz, the terrain away from tarmacked roads is the perfect place to demonstrate his natural, instinctive talent for finding the right way. His success and reputation are no fluke: even as a teenager, Zitzewitz used to play ‘Dakar’ with a friend and a rickety old moped. Back then, the event was still establishing itself and was yet to develop the international prestige it enjoys today. Despite this, it still cast a spell on the off-road enthusiast from north Germany. Dirk von Zitzewitz won the German Enduro Championship title on 15 occasions, before going on to compete in three Dakars on a motorbike. As a co-driver to a number of different drivers, he has competed in the mother of all desert rallies every year since 2002. In 2012 Zitzewitz came full circle: it was ten years since he made his first appearance in a car – again a privately run Toyota. In 2014 the De-Villiers-von-Zitzewitz-Toyota combination enters the third round. In the meantime, he has achieved great success: this is reflected in eleven podiums – five of which were victories – 33 stage wins and 31 days leading events in a car. As such, Dirk von Zitzewitz is already one of the most successful co-drivers of all time on the marathon rally scene.

Cancelled due to terror threats

The “Dakar” on TV 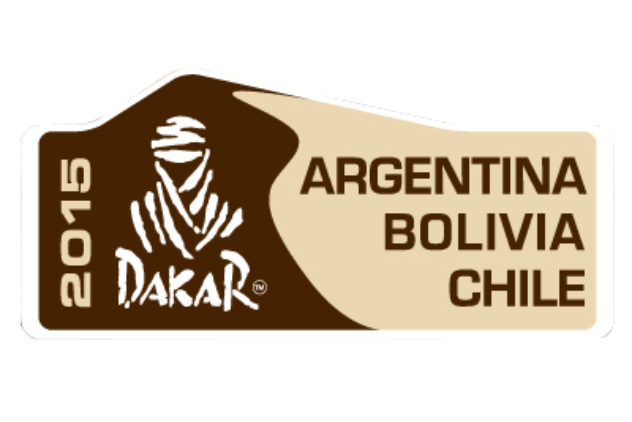